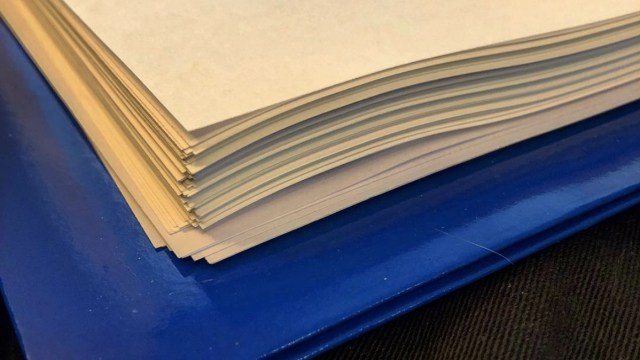 So much for keeping up with this blog. In fairness, my focus was elsewhere for most of the year, and I can’t say I feel all that bad about shafting it. That said, it’s the start of a new year, which means a chance to look back on what I accomplished. I’ll consider 2019 goals in a future post. This got long enough without them.

A year ago, I broke down my accomplishments into three categories. I’ll do the same here since I like consistency (and they remain important to me).

The short of it:

At the end of 2017, I applied for and received a scholarship to the Children’s Book Academy Middle Grade Mastery class, set to take place virtually in the beginning of 2018. Writing a MG novel is not something I’d envisioned before last year, in honesty. My comfort zone is YA, maybe NA if it’d remained more of a marketable age category. The main reason I’d shied away from MG is that I believed you couldn’t write queer characters in stories for younger readers, something that is vitally important to me. Then a friend tipped me off to STAR-CROSSED by Barbara Dee, a charming story about a thirteen-year-old girl who develops a crush on another girl. Having seen how queer attraction was approached for that demographic, I got really (really, really) excited about the possibilities. I read every queer MG story I could find.

One thing that starkly stood out to me was how few books with trans main characters existed in the Middle Grade reading space–and the ones I was able to find had narratives that focused on the main character knowing they identified a certain way and struggling to make their friends and family see them the way they saw themselves.

There’s nothing wrong with that narrative, to be clear, but it’s one I floundered with when I was trying to come to terms with my own gender identity in my 20s because it was the only depiction of trans experience I could find online and it didn’t reflect my own journey. I don’t regret my transition or any of the steps I took, but there are some things I may have done differently if I’d been aware of the existence of non-binary identities earlier on in the process. That got me to thinking about how much might’ve clicked faster if I’d read a story from a non-binary perspective as a kid. MG seemed like the perfect space to write in, but I felt like I needed guidance. That’s where the Children’s Book Academy class came in.

Over the course of five weeks, I developed the concept that would become a full-length MG manuscript. By the time class ended, I had a rough outline of what I wanted to write and the first 10 pages polished half to death (over-editing habits die hard). I received so much encouragement and enthusiasm from CBA teachers and fellow classmates and that motivated me to keep writing. I could publish a whole separate blog post on how much self-doubt I ended up wrestling over the next month as I roughed out draft one. By the time I’d finished though, I was feeling pretty good. But I also didn’t have any clue where to go from there. I knew I needed to revise it. Online advice articles said to get critique partners and beta readers but didn’t usually explain how to find them. And then there was the whole querying agents side of things that seemed so far beyond my scope of knowledge that I set that aside entirely for the time being.

I’d heard about PitchWars, a virtual mentorship program, and seeking a mentor or some form of community seemed like the logical next step, but PitchWars wasn’t even open to submissions until the end of August. It was early May. So, much like how I stumbled upon the CBA class and scholarship, I took to Twitter to see if there might be other options, which is how I discovered #WriteMentor.

Plugged as a mentorship program for pre-agented writers who are on the cusp of obtaining representation, #WriteMentor seemed similar in style to other mentorship programs like PitchWars and AuthorMentorMatch. Pre-agented writers who were almost, but not quite, ready to query agents could submit a query letter, synopsis, and writing sample to three mentors of their choosing. I waffled for some time before clicking ‘send’ as I wasn’t entirely confident my first draft was good enough to catch the eye of a mentor. Being out of town to help care for an ill family member, I also didn’t have time to revise my manuscript before submitting. So I took a leap and hoped for the best. I’m still so grateful that mentor Caroline Murphy read through my mess of words and saw promise.

The next three months were intense, as my manuscript was in no way polished when I’d subbed to Caroline. It required full-out rewrites to fix issues with plot and character arcs. I also had to overcome my longstanding reticence about other people reading my writing. I found beta readers, critique partners, and a sensitivity reader to review an aspect of my main character’s cultural identity. It was exhausting, but by the end of summer I had a story I was proud of.

In September, I participated in the #WriteMentor agent showcase, Twitter’s #PitMad pitch contest, and also cold-queried a list of agents, then sat back, knowing the rest was out of my hands.

I’d read enough about querying that I thought I was mentally prepared for the wait. While my time in the query trenches was mercifully short, it still felt like the longest couple weeks of my life. Every email induced anxiety. Even after I received my first offer (a matter of days after sending my query, which I still can’t quite believe happened), I didn’t stop stressing. Then I received another. All told, I received four offers of representation from four agents I respected and was excited at the prospect of working with. It was a great place to be in, but hectic. How do you choose when you only queried people you’d love to work with?

In the end, I signed with Jordan Hamessley at New Leaf Literary. Jordan’s enthusiasm for my story, her editorial background, and so many other factors felt like a perfect match. It’s still quite early in our agent-writer relationship, but I’m enjoying every step of this new journey and am excited to have Jordan in my corner to guide me. At times, it’s hard to believe that this all happened in the span of a year. It still blows my mind that people have not only read words and characters I created but are rooting for the story to reach other readers.

Below are my query stats, from the first query sent out on 9/9 to decision day on 10/10. I feel like I had a pretty good run, and have so many people to thank for their support and encouragement along the way. Testing: Since it’s hard to fully dedicate yourself to even just one hobby outside of a full-time job, skating took a bit of a backseat in 2018 while I focused on writing. My club also couldn’t find the panel of judges needed for me to take any of my ice dance tests, so I didn’t test at all last year, even though I was aiming to take my Paso Doble and Starlight Waltz. It feels a bit like a letdown, since 2017 was all about getting through my Gold/Senior Free Skate test (plus I also passed five ice dance tests and moved up two levels). I’m tentatively aiming to take at least one Pre-Gold dance in Spring 2019 if we can find the judges. We’ll see how the chips fall on the rest.

Synchro: Pacific Coast Sectional Masters Champions and National Masters Bronze Medalists! It was a good year for synchro comps last year. I also continued on as a member of the same team for the 2018-2019 season. Thus far, we’ve competed in Anaheim, performed at Oakland’s holiday show, and will be competing in San Jose next weekend. Sectionals isn’t until the end of January, so we’ll see how the team fares in just a couple weeks there.

Judging: I didn’t get to take any of my own tests in 2018, but that doesn’t mean I wasn’t present at test sessions. I’d gotten my Silver Singles appointment in November 2017 so I was finally able to help out my club by single-paneling low level tests and sitting on the judging panel at official test sessions (judging through Novice). Last year, I passed my practicals and writtens for my Bronze Ice Dance and Gold Singles test judging appointments. I judged at four local competitions in 2018 and I’ve lost track of how many test sessions. As much as I love skating myself, my body is liking it less the older I get. I see judging as a way to stay in the sport long-term (plus, it hopefully calms kids down to see a judge on their panel they’ve also skated with).

Travel is a big part of my life. I love visiting new places, and returning to old ones. Last year was no exception.

2018 felt like a transitional year, one where I had to come to terms with the fact that I can’t juggle multiple hobbies with any level of success. That sounds a bit depressing, and it kind of is; I’d like nothing better than to skate and write 2-3 hours daily. This isn’t realistic when I have a full-time job, so I cut down on my skating training to give myself a chance to see where I could get with writing.

I see a lot of similarities between skating and writing. One of the starkest is just how much targeted time spent learning a skill can pay dividends. It’s not just about output either. Falling on the same jump 50 times a session or writing yourself into an overly verbose corner (kind of like I’m doing with this blog post) isn’t a smart use of time or physical/mental resources. I had to learn when to move on and come back to tackle whatever wasn’t working, something that’s tripped me up in the past because it initially felt like time wasted not to be jumping, spinning, writing, attempting something from start to completion. I learned how best to allocate my time to ensure the most productive outcome, and also to accept that sometimes there isn’t time for everything, no matter how tightly I pack my schedule. I’ve learned to step away and come back, to prioritize the juggling of multiple tasks. There’ll always be room to improve, but I definitely developed some skills this past year that I can bring with me into the next.